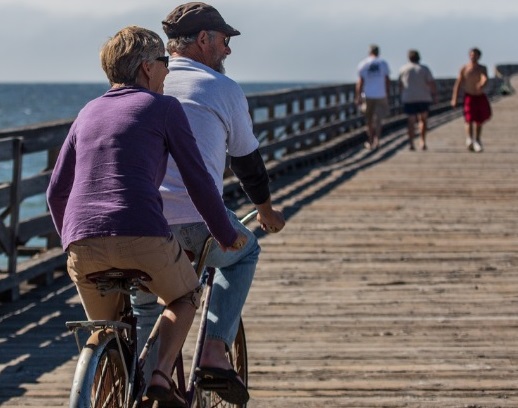 As people age there seems to be more isolation, less socialization and more problems both physically and mentally.  There are different ways to deal with this but the more fun methods used, the better for everyone.  Here we take a look at two outlets that have helped the elderly with socialization and mood disorders:  cooking workshop and drama therapy.

Around a decade ago, Singaporean Tan Kee Seng retired from working as a chef at the Marina Bay Sands.  He had a long culinary arts profession prior to that, having worked at both he Grand Copthorne Waterfront Hotel as well as a local bakery.

While retirement seems like a great idea it can also be incredibly lonely which it was for Seng who lived in a one room apartment and was no longer cooking for anyone else.  So earlier this year he began participating in a neighborhood cooking workshop organized by Shirley Soh at Telok Blangah Crescent.

This provided a fantastic outlet for him to make his signature dishes like chicken curry.  Artistic director of the project, Kok Heng Leun explained about the benefits of the program:

“In engaging the Telok Blangah community, we found that a conversation about dying well seems pointless if everyday existence is a struggle. Hence, we realised that we have to talk about how to live well now. They loved the omelette and I felt happy feeding them. It reminded me of my time as a chef in the hotels.”

The workshop was attended by approximately 40 participants.

In Hong Kong, some elderly have been able to engage in drama workshops to help with their cognitive and isolation issues.  One example of this was the program developed by the Psyhogeriatric Day Care Center in Hong Kong in conjunction with the Kwai Chung Hospital Drama Group developed drama programs for elderly in which seniors played family members clashing over wedding preparations.  In the performance – called Family Portrait – the performers had to act out arguments over who would pay for what and who would be looking after the baby of the couple – once it was born.  Group leader and Advance Practice Nurse Oliver So, worked behind the scenes and explained:

“The script is designed to be simple.  Because some elderly people are less mobile, there is not much physical action throughout the script. They simply sit down and perform.”

One of the performers has had cognitive impairments for at least four years.  At 89 years old, Kong Kan-Chuen played one of the bride’s relative and said that by acting, his memory improves as he has to understand and memorize the story line.  As well he interacts with others and feels “less lonely.”

All of this drama therapy has been so positive on these elderly individuals in many ways from aiding in their impairments to bringing more socialization to them.